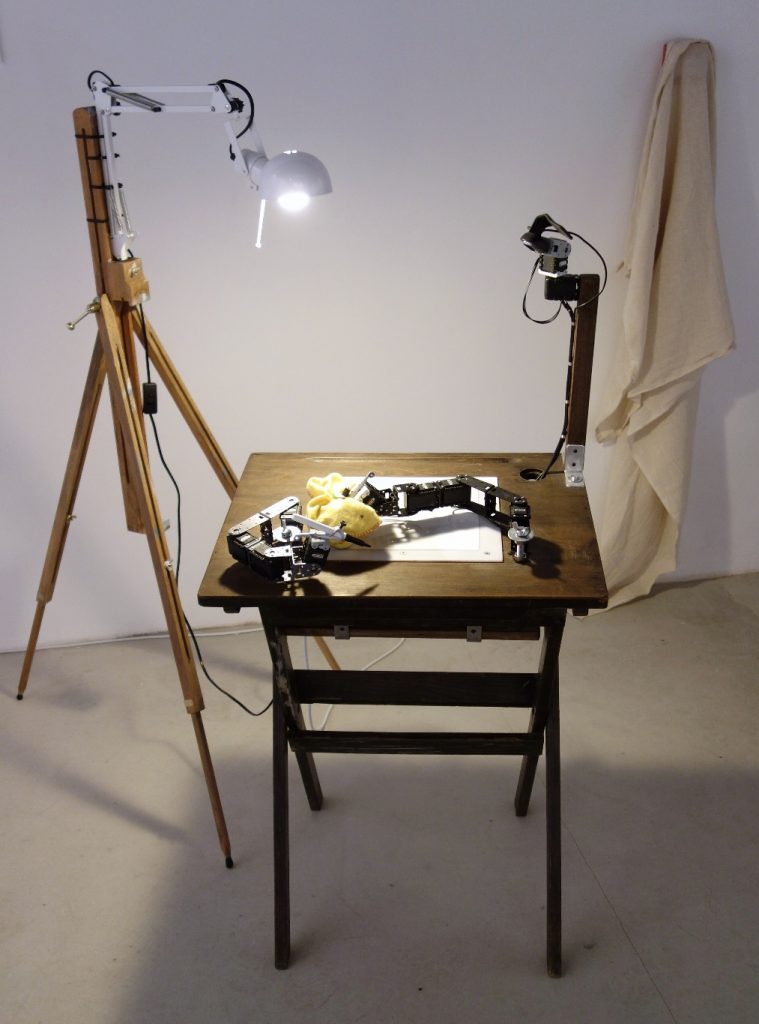 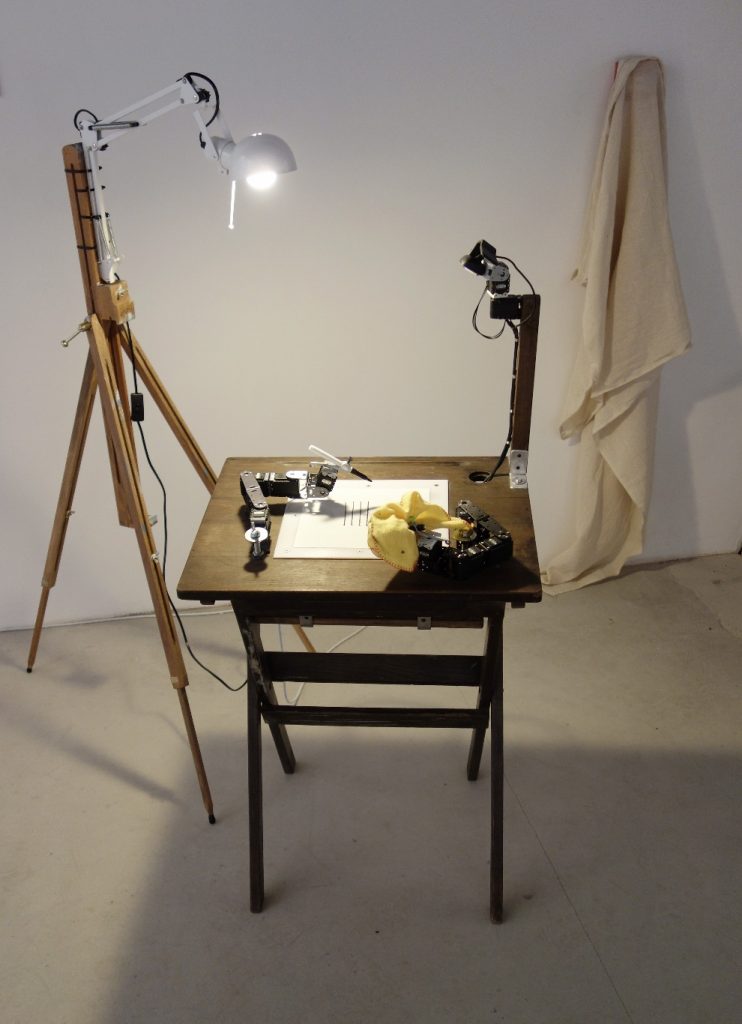 The robot here is similar to the others with the difference that it has two arms: one holding a marker the other holding a traditional duster (soft yellow fabric recognisable in most of Europe), the paper being replaced by a sheet of translucent white plexiglass. The robot traces tally marks, one vertical line segment, one vertical line segment, one vertical line segment, one vertical line segment, a diagonal line segment., then it erases with the other arm, pauses and starts again.
The size and speed at which it draws varies, the variation is modulated by sensory input from the camera which influences a naive simulation of mood variation, loosely based on bipolar rhythms. Eventually when it gets over excited or depressed, it draws a very dense scribble, pauses and then erases it, then starts to count again. Another behaviour is implemented, and this one potentially could happen once in a 1000 years, or in the next minute, but chances are high that it would never occur.
I have never witnessed this behaviour, and so far it has never been triggered. Occasionally the two arms fight, the erasing arm pushing the drawing arm whilst it is attempting to trace a line. This behaviour was initially accidental and appeared during the development process due to a bug in the synchronisation. It was left as it is really perceived as a fight between the two arms adding to the psychological mood depiction.