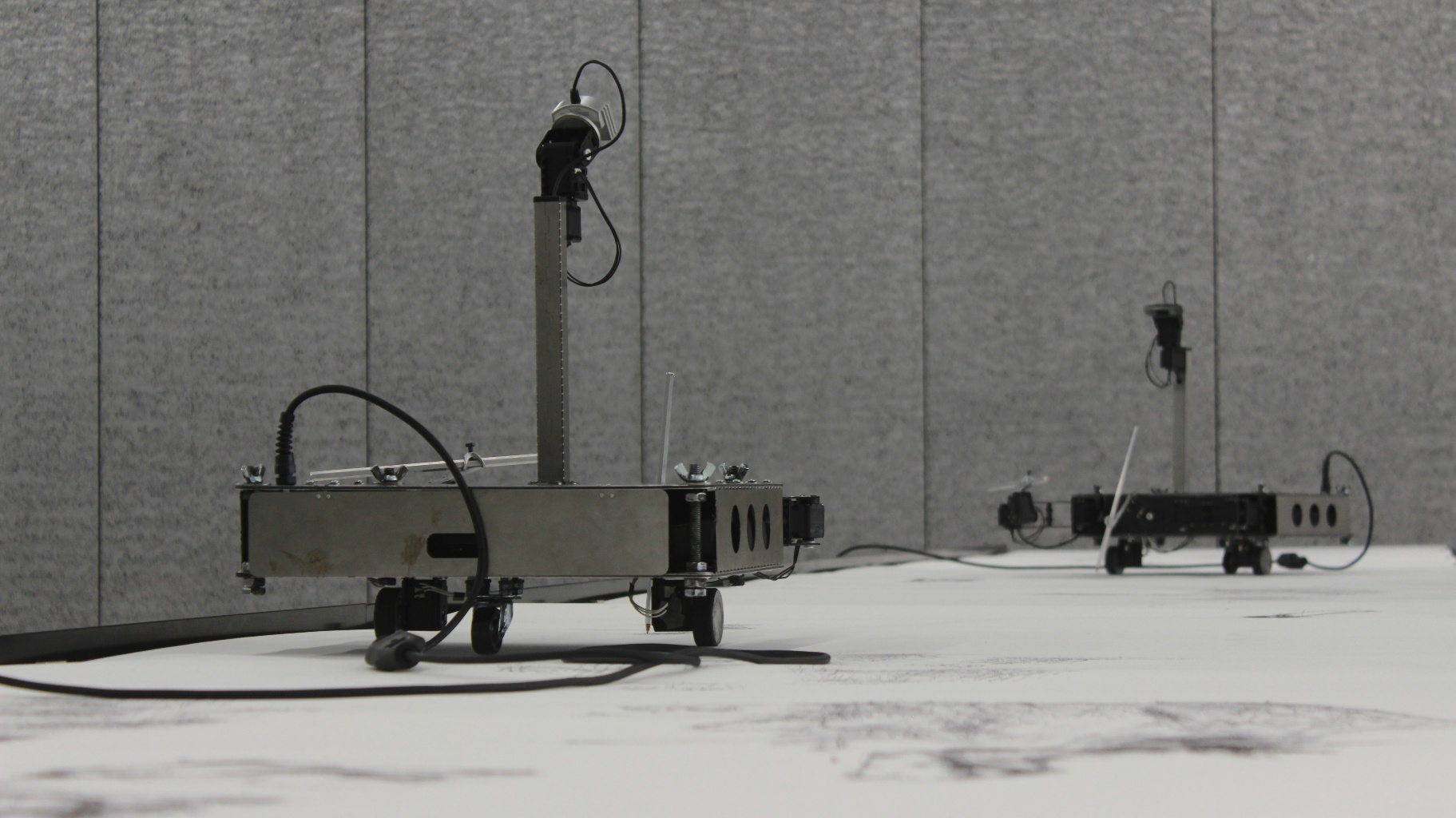 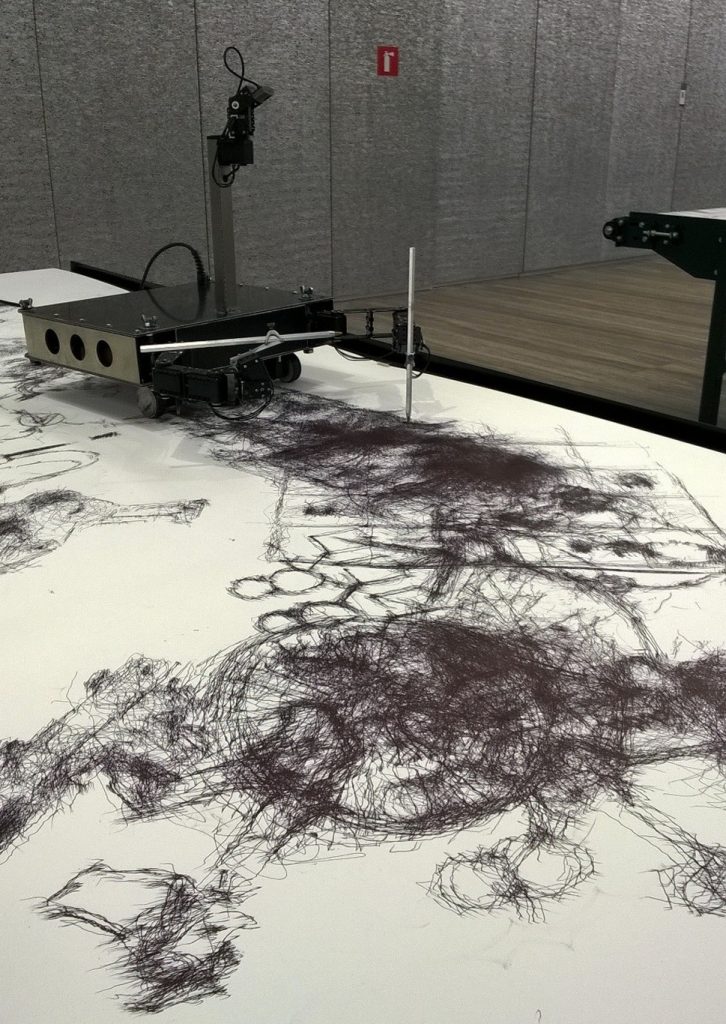 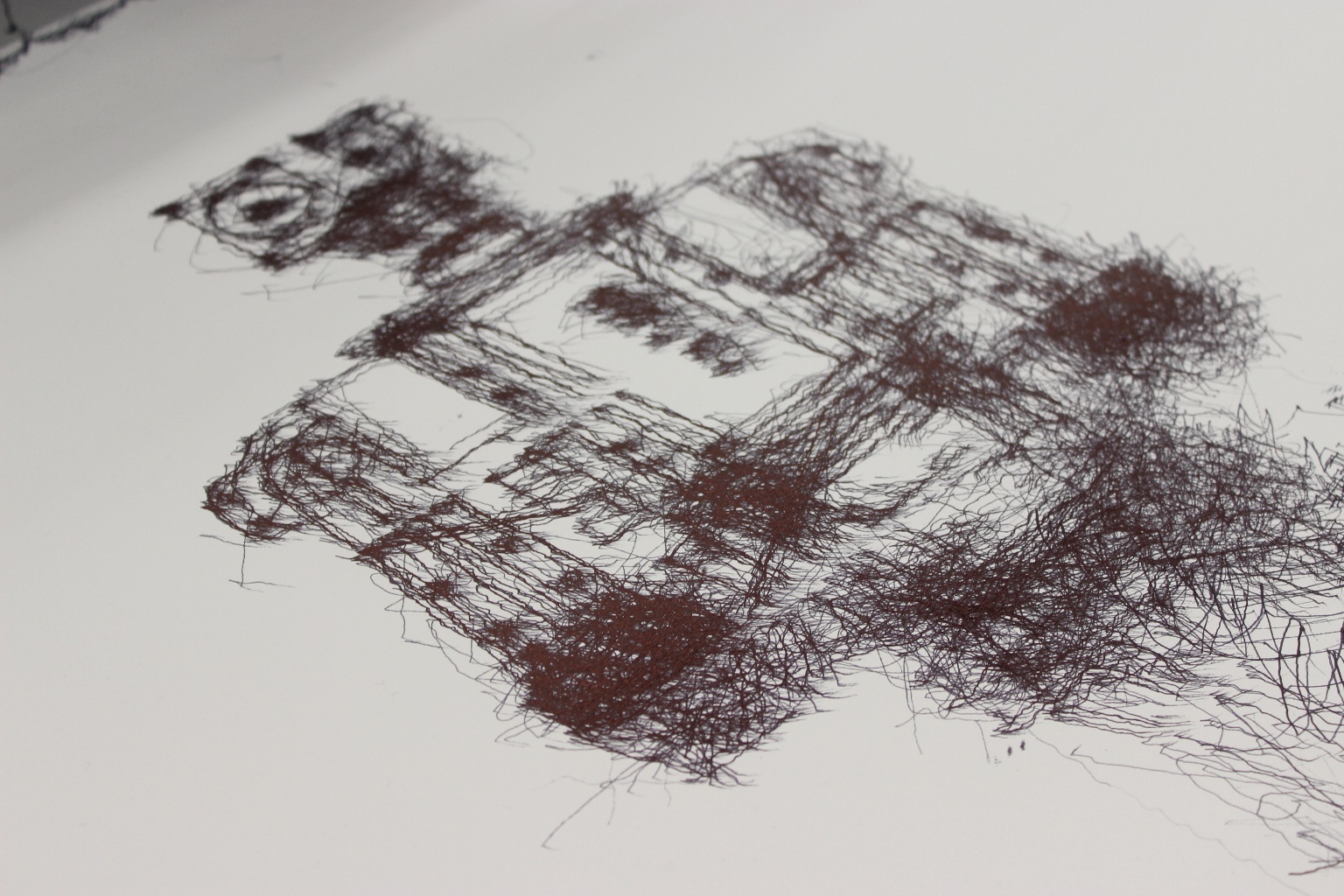 “Before the Beginning and After the End” is part of “To The Son of Man Who Ate the Scroll” Goshka Macuga’s solo show at the Prada Foundation in Milan.

Before the Beginning and After the End, a result of a collaboration between Goshka Macuga and Patrick Tresset. Five tables each present a 9,5 meter long paper scroll covered with biro sketches, texts and mathematical formulas, diagrams and schemas drawn by Tresset’s system “Paul-n”. On a sixth and final table, robots of the series “Paul-A” continue drawing in real time for the whole duration of the exhibition. Their intentions are undefinable as to whether they are adding or erasing the anthropocentric narratives they attempt to illustrate. Ancient and contemporary artworks by, among others, Hanne Darboven, Lucio Fontana, Sherrie Levine, Piero Manzoni, and Dieter Roth, rare objects, books and documents are displayed on top of the scrolls to create a juxtaposition related to the evolution of humanity and its possible collapse.