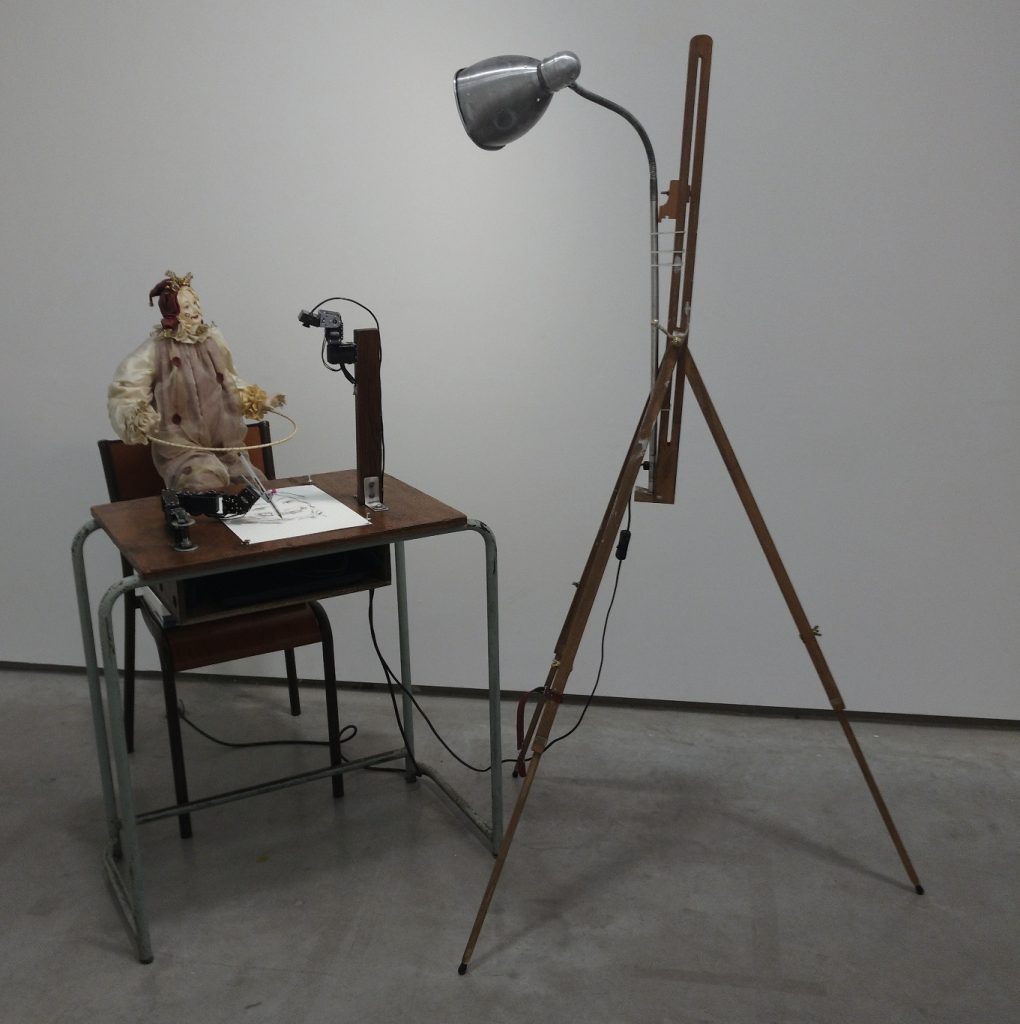 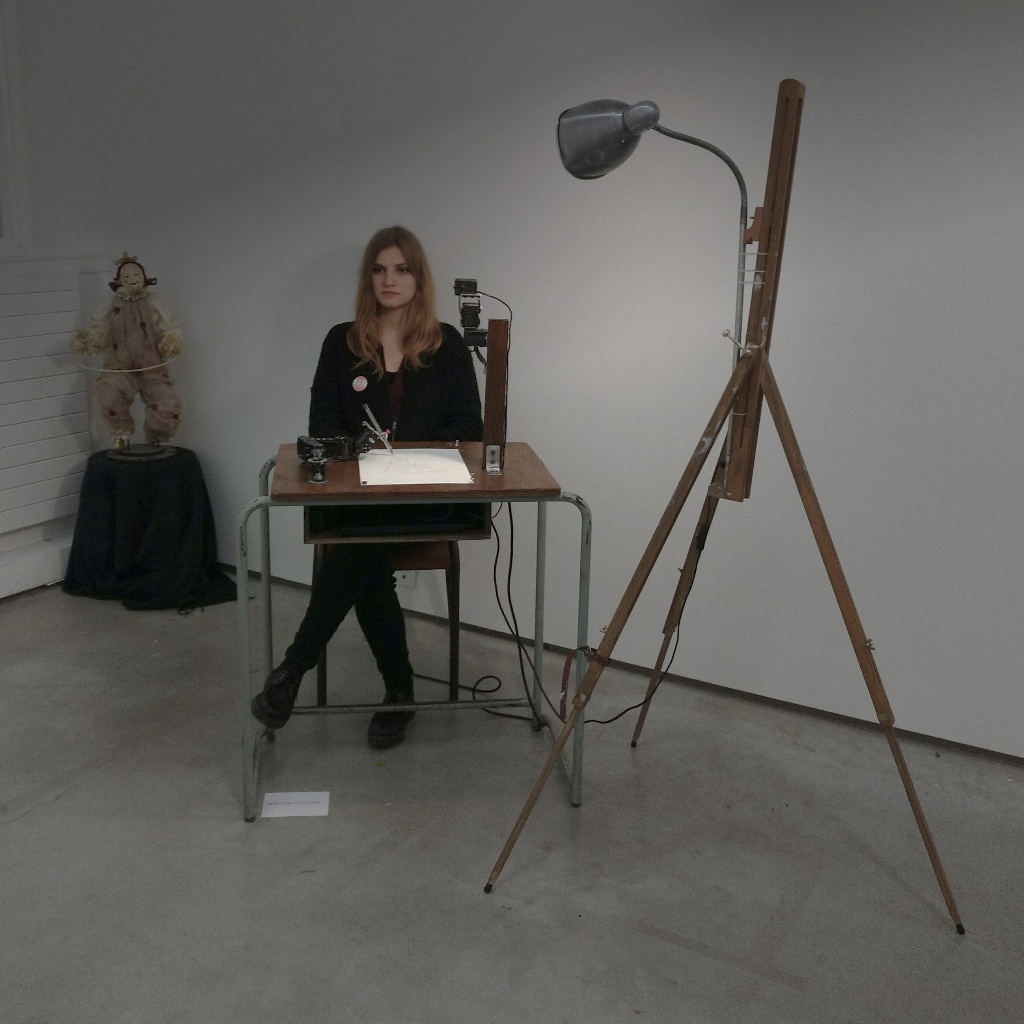 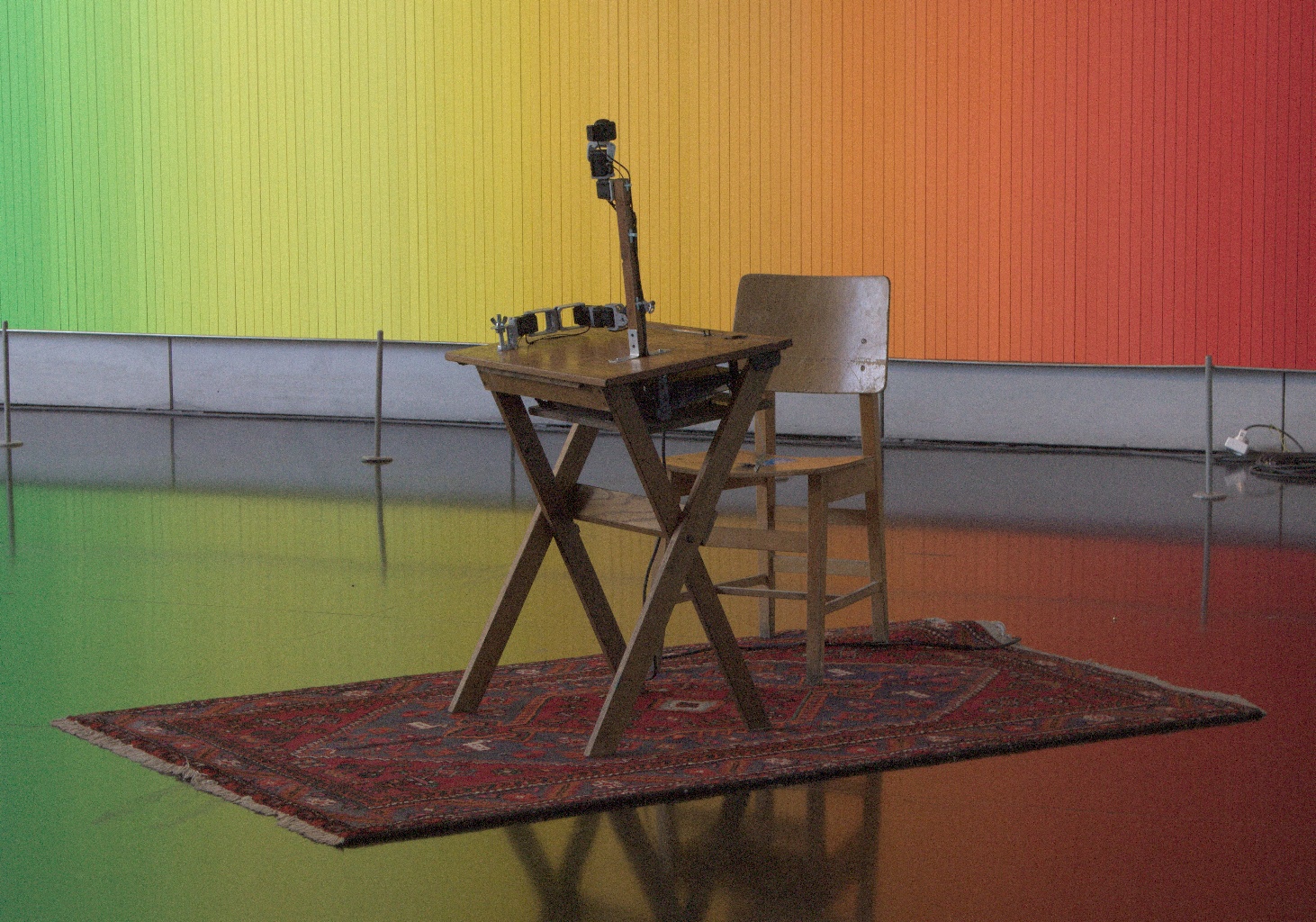 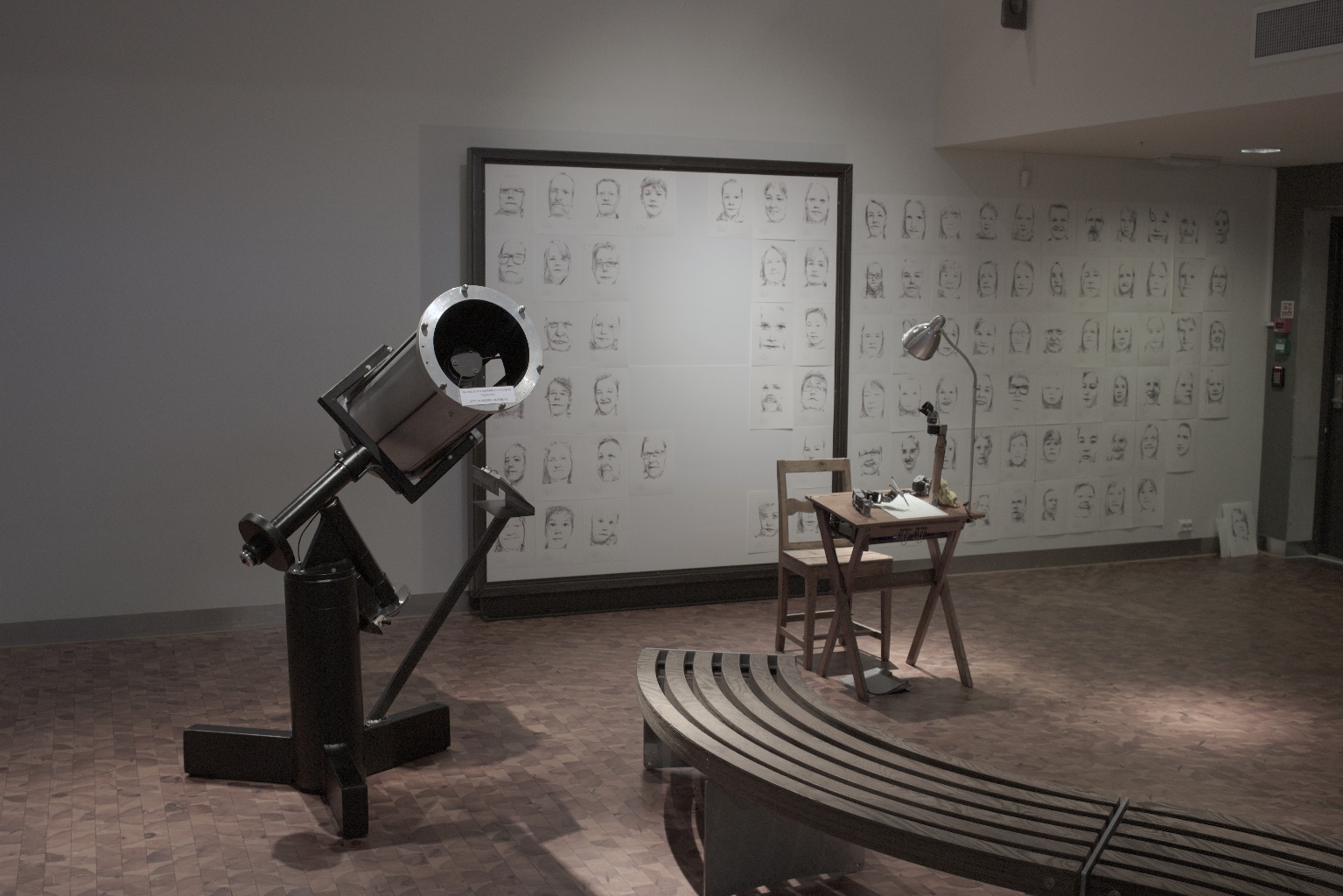 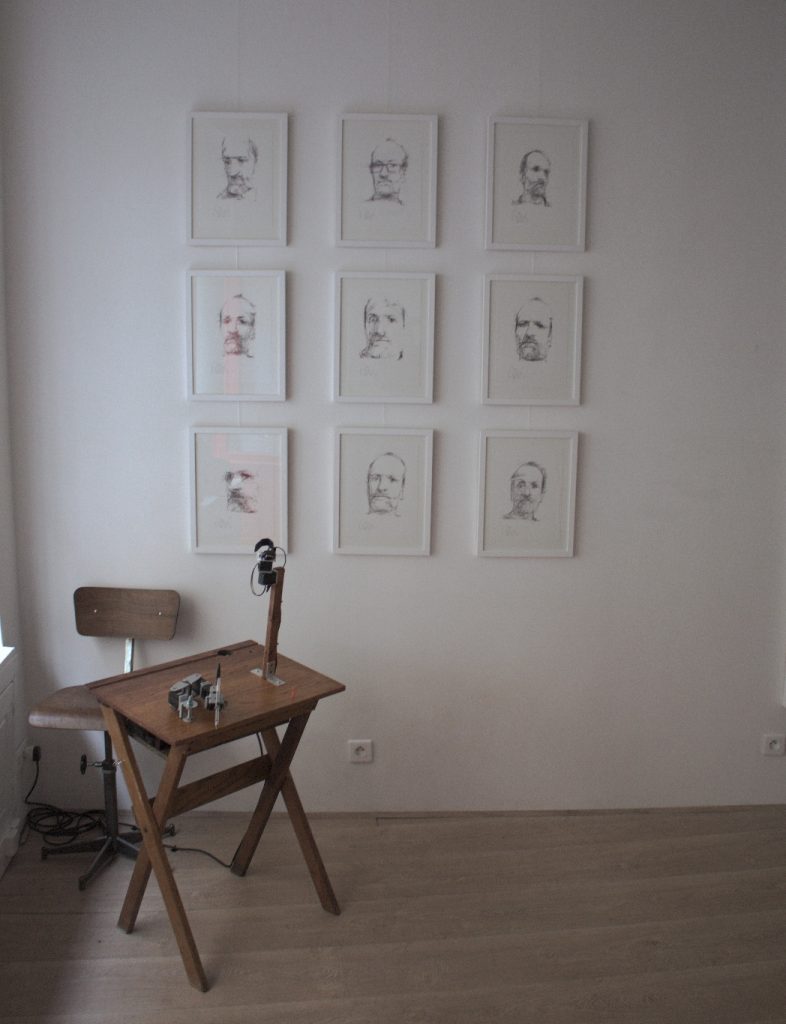 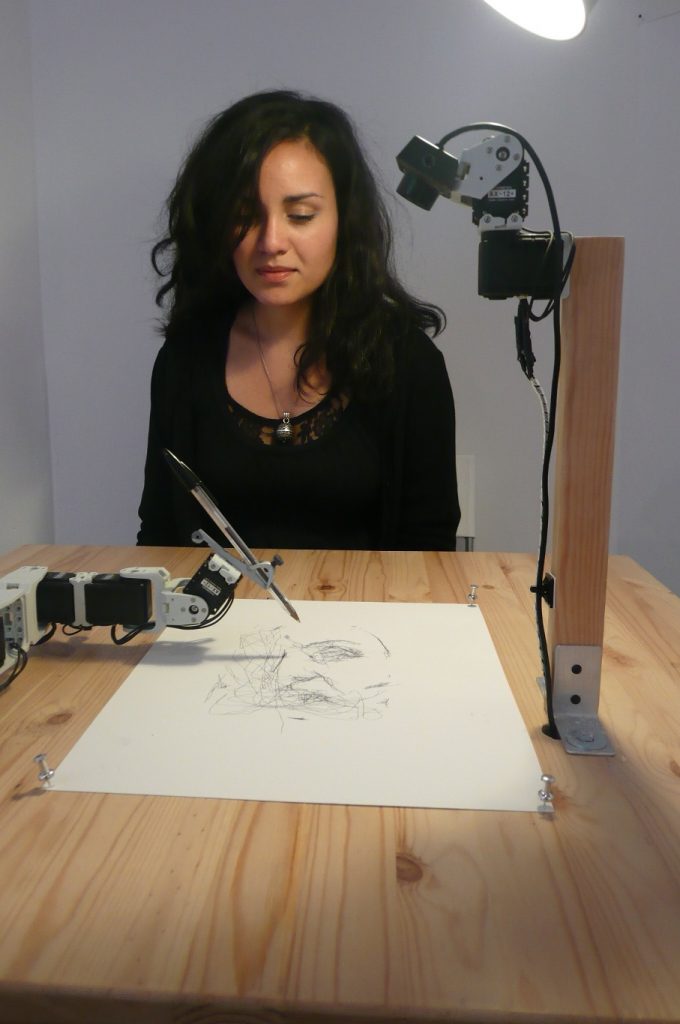 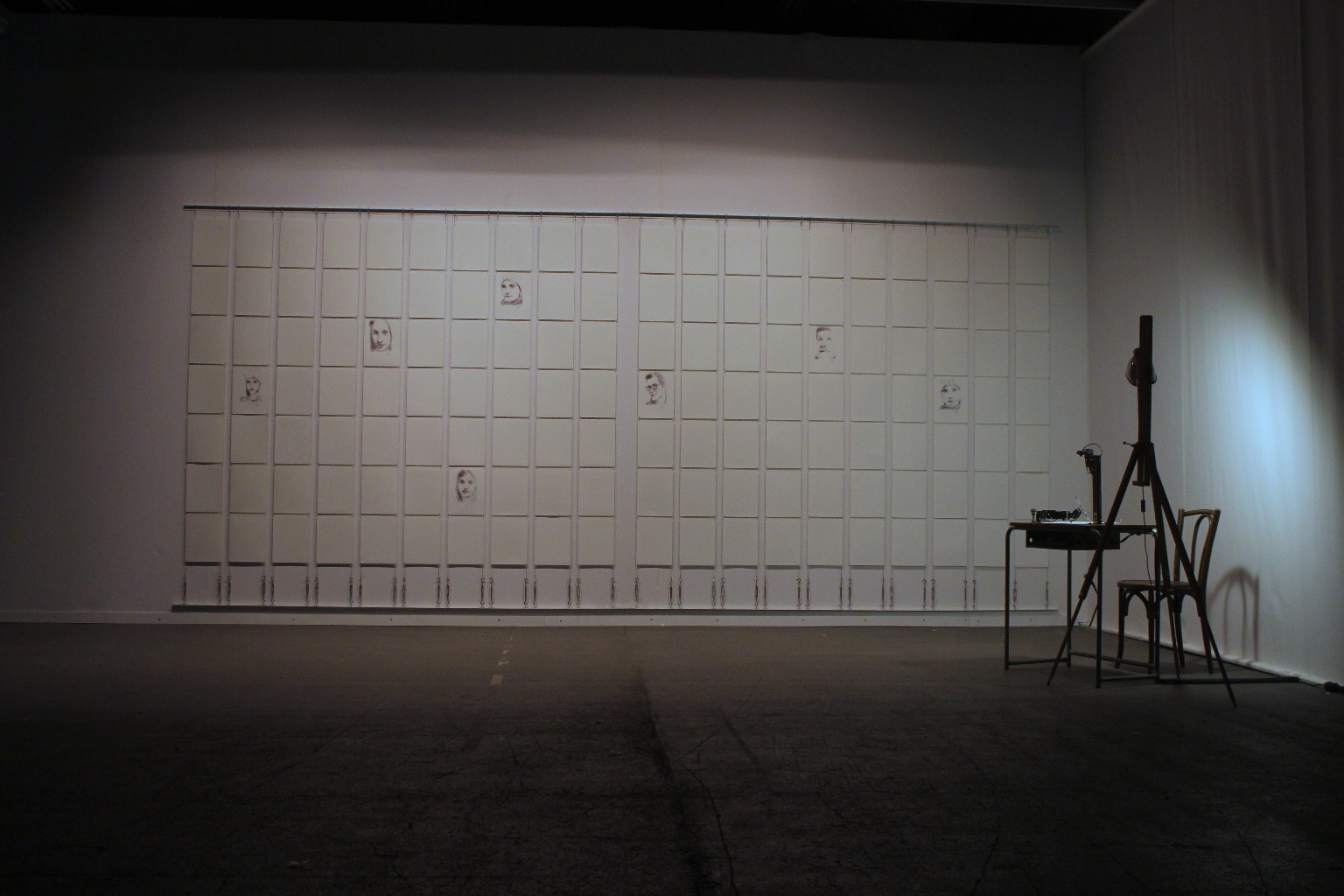 The robots I develop are influenced by research into human behaviour, more specifically how human beings depict other humans, how humans perceive artworks and how humans relate to robots. The artifacts produced by these computational systems can also be considered as studies of the human.

The investigative side of my work feeds on research into perception, cognition, psychology and related fields, with the main investigation being focused on understanding how people draw from life. To further this, I study the manner in which artists, influenced by their experience, transmute what they observe into movements which are then transformed into traces on a surface.
As I exhibit robots or groups of robots, a nonnegligible aspect of my practice is concerned with the installation’s theatricality. Since first exhibiting a drawing robot in public, I have become fascinated with the audience’s response and reaction to it. This has opened up a space for me to explore.
The original aim driving my work was to create autonomous systems capable of producing images which have a similar emotional and aesthetic impact on a spectator as human-made artworks. It is important here to stress that the aim is not to invent systems that are capable of drawing precisely like a human, but for the drawing to have a certain aesthetic effect on the observer. I embarked upon this particular quest following the loss of my passion for making art and in a certain manner, have attempted to create an artistic prosthetic to palliate this loss. The autonomous systems I develop aim to replace part of myself, or more precisely systems that can act in the manner that I ideally want to act; systems that can draw how I want to draw.