WHILST WE WERE HERE .. WE MADE SOME DRAWINGS

The robots present in the space act as if they were artists in their own right, producing images that are not pre-programmed, but an autonomous interpretation influenced by the robot’s qualities and faults.

In the exhibition at Watermans, Patrick Tresset will present two new installations titled Whilst we were here, Human Study #5 and RNP-FB, Human Study #6.

On a large rectangular table a duo of ambidextrous mobile robots (RNP-A*) scribble continuously on a large sheet of paper and occasionally observe with curiosity the visitors. What they depict are the environment from their own perspective and visual memories of events, especially the audience’s physical presence.

RNP-FB (Human Study #6) is a new six armed robot dedicated to draw full length depictions of human bodies, here, the visitors’ presence as perceived by the RNP-A’s. Using machine learning, during the length of the exhibition the drawings produced will evolve from the representation of the individual to the depiction of a human archetype.

*Earlier versions of the RNP-A were first featured in the “Before the beginning and after the end” an installation, the result of a collaboration between Goshka Macuga and Patrick Tresset and exhibited as part of Macuga’s solo show at the Prada Foundation in Milan in 2016.

‘The robots I develop are influenced by research into human behaviour, more specifically how human beings depict other humans, how humans perceive artworks and how humans relate to robots. The artifacts produced by these computational systems can also be considered as studies of the human.

The original aim driving my work was to create autonomous systems capable of producing images, which have a similar emotional and aesthetic impact on a spectator as human­ made artworks. It is important here to stress that the aim is not to invent systems that are capable of drawing precisely like a human, but for the drawing to have a certain aesthetic effect on the observer.

I constantly work on the computational system controlling the robot’s drawing behaviour, and for each exhibition the systems are tuned again until they produce what I consider to be interesting drawings. Using autonomous robots to draw from observation enables me to explore further the drawing practice.’ 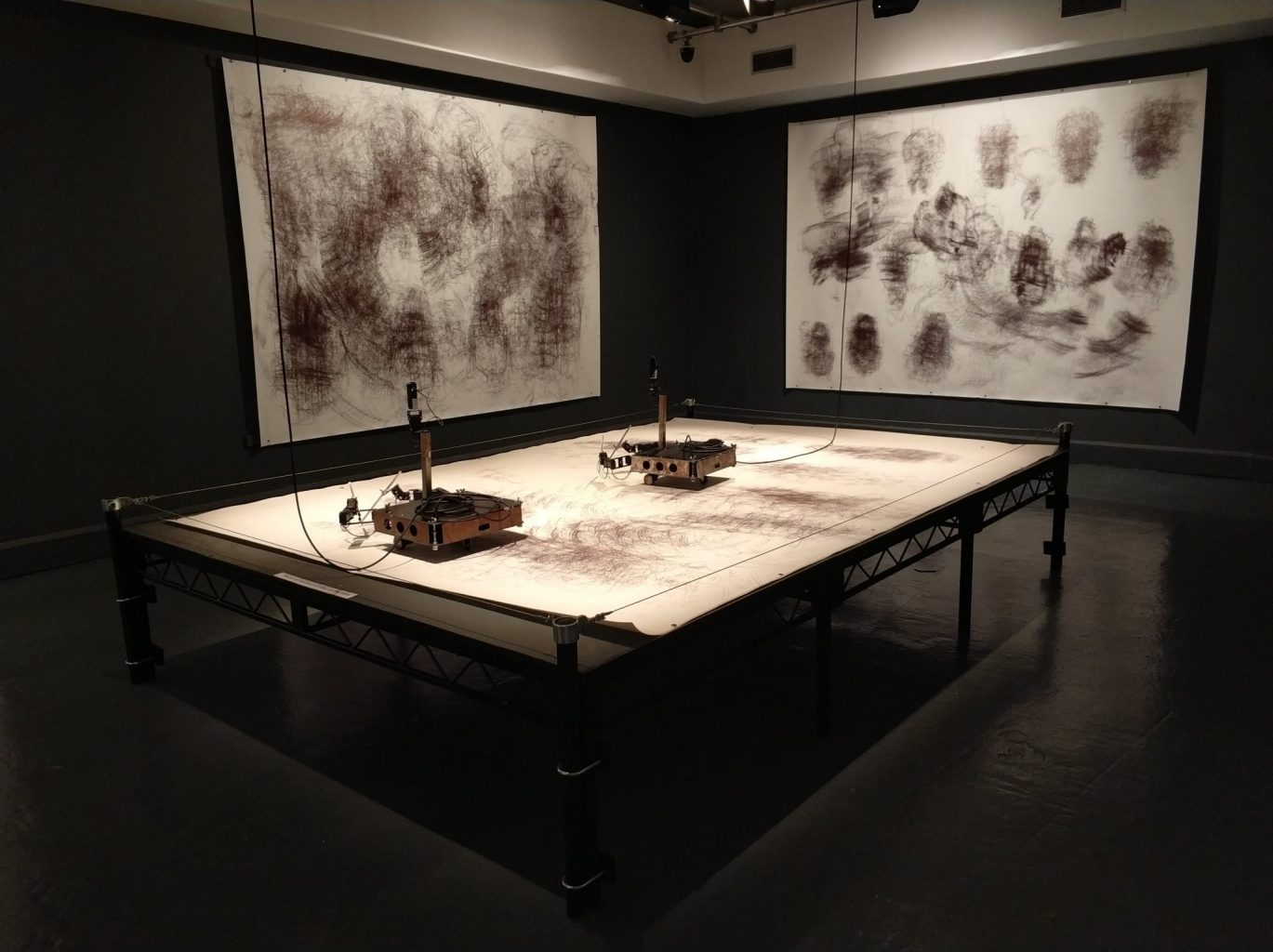 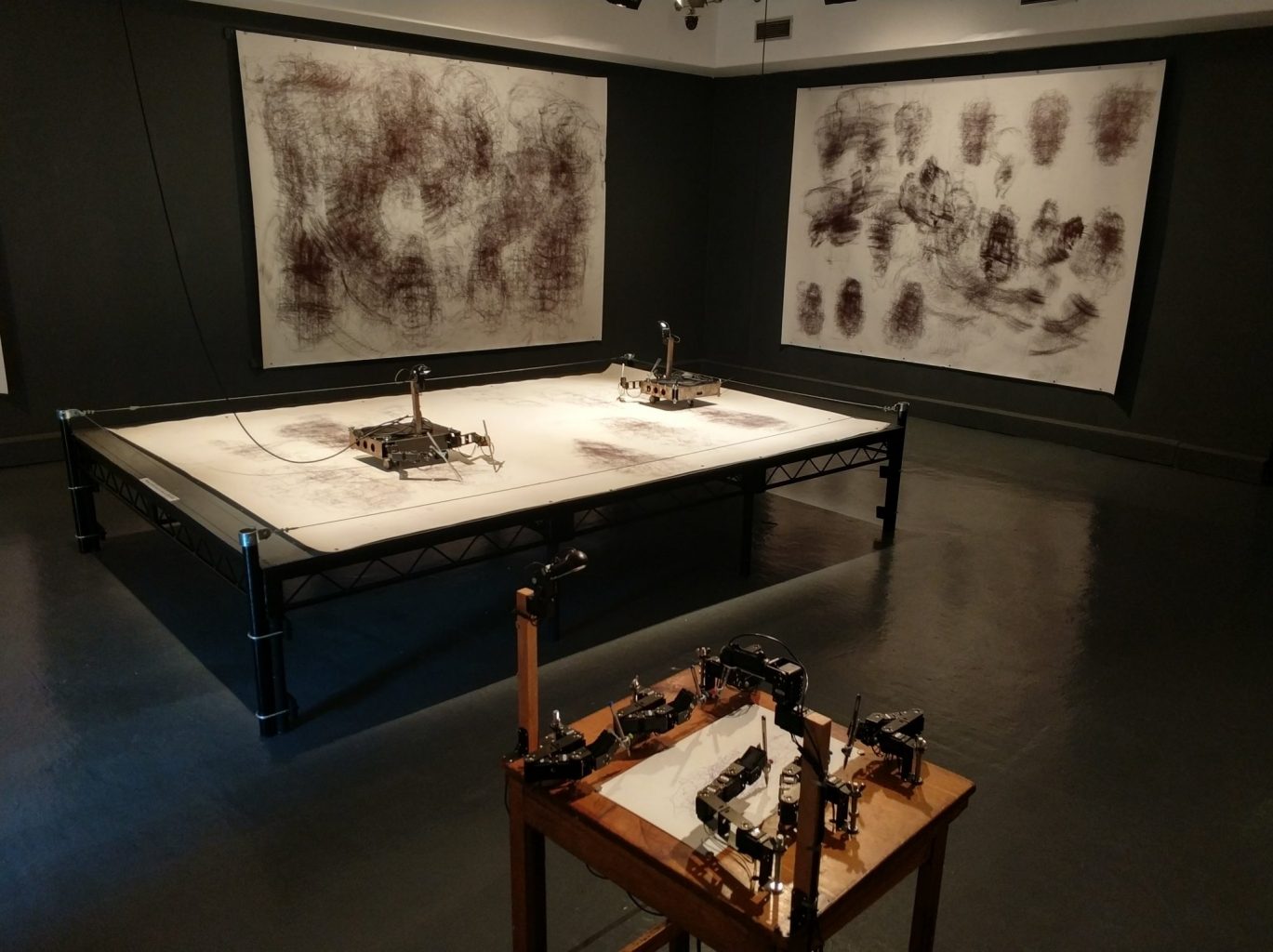